This is no longer the latest AsyncAPI release. Check out AsyncAPI 1.2.0.

It’s been a long time since we launched the first AsyncAPI stable version. Since September 20th last year, to be more specific. But, today, I’m happy to announce that AsyncAPI 1.1.0 version is out! 🎉

This version and, from now on, we’ll be following the semantic versioning approach. It means, version 1.1.0 supports version 1.0.0 documents. However, you’ll need to change your document’s asyncapi version if you want to use the new features, otherwise, tooling will not work properly.

Support for oneOf, anyOf, and not on schemas

It is now possible to use oneOf, anyOf, and not schemas:

Use oneOf to specify that a schema, or a part of it, is valid against one and only one of the specified schemas.

Use anyOf to specify that a schema, or a part of it, is valid against at least one of the specified schemas.

Use not to specify that a schema, or a part of it, must not be valid against the specified schema.

Support for oneOf on topic operations

It is now possible to specify that a topic can allow many message schemas, e.g.:

Now you can define topic parameters, whenever it uses topic templating, e.g.:

We’ve added JMS to the list of the supported schemes, so it’s now possible to document APIs using this technology.

I’ll be releasing more often from now on. Also, the size of the releases will tend to be smaller. If you want to get notified about new releases, subscribe using the following form.

And that’s pretty much everything! Eager to see what you document next! 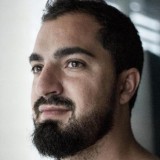